Power of Debate Attested by 2 CASE Debaters at Luncheon 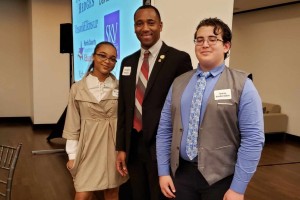 The power of debate was the focus of the Houston Urban Debate League Annual Awards Luncheon in downtown Houston on April 4 at the J.W. Marriott. Harris County Department of Education joined HUDL as several CASE Debates students provided testimonials.

“Two of our students talked about their life experiences, how debate has influenced their lives and how it will shape their futures,” said Candis.

CASE Debates pairs a successful, established debate model created by HUDL with CASE for Kids, an afterschool intermediary. While HUDL provides debate opportunities for high school teens within HISD, CASE Debates expanded the program to provide opportunities to other districts in Harris County, including charter schools. 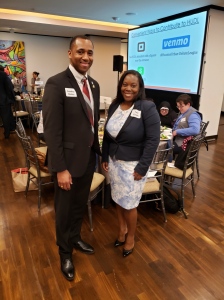 “While many of our students spend a lot of time debating about policy and global issues, this event which addressed supporters of the program gave two of our students the chance to share their life stories in front of an audience,” said Mosley. 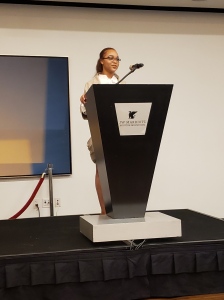 Kennedy Scott, a junior from Spring Early College Academy in Spring ISD shared with the crowd of 115 how debate fueled her ambition to become a criminal defense attorney and community leader. 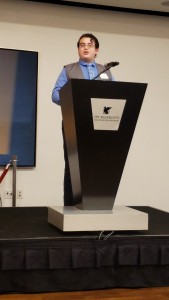 Hamza Bouderdaben aspires to become a lawyer. He is a junior from Harmony School of Advancement. He was inquisitive about debate after thinking that a classroom of peers was engaged in a yelling match. The teacher explained the process of debate and welcomed him into her classroom. Since that day, he was hooked.

Both students plan to be involved in CASE Debates during their senior year.